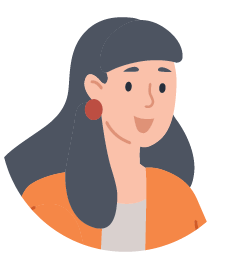 Welcome! This blog will take a unique perspective on the world of travel and tourism. Although I am not an expert, you can rest assured that by reading these articles on various subjects related to travel and tourism, you will continue to discover new insights about these two interwoven worlds. The articles cover topics such as booking airline tickets, planning a cross-country trip and finding accommodation. I hope you enjoy my blog as much as I enjoyed writing it. Click on some of the links to discover some top tips that will help you to plan your next trip. Thanks.

Choosing a tour when you're going on holiday can feel slightly bewildering. When there are so many experiences out there, it's hard to pinpoint the one that might suit you. If you're yet to consider indigenous tours, here are some reasons that everyone should.

Digging into Australia's Past

Australia's history began tens of thousands of years ago with the Aboriginals who inhabited the continent. Theories about how they reached Australia's shores are usually based on ongoing historic explorations. Some believe they stemmed from parts of Asia, making them one of the oldest human populations to exist outside of Africa. They also generated dozens of languages between them and began the shaping of Australia as people know it today. During the Colonial eras, much changed for the Aboriginals. When you go on an Aboriginal tour, you may learn facts you wouldn't otherwise acquire about their history and the development of Australia itself.

Going on an indigenous tour can expose you to parts of Australian culture you haven't yet explored. It can also help you understand how some modern aspects of culture stem from the Aboriginals who lived thousands of years ago. For example, many words you may assume are modern stem from ancient Aboriginal languages. And Aboriginal and Torres Strait theories about where their ancestors go after they die are both comforting and mystical. When you step away from the tour, you may see the world around you in an entirely different way. You might even walk away with some interesting stories you can pass on to others.

In the modern world, it's easy to look at certain structures and see only one purpose. For example, you may have a solid appreciation of plants and trees for their aesthetic and ecological values. However, indigenous persons could also view them as vital medicinal resources, reincarnations of their ancestors, and places of worship. Being able to broaden your mind based on someone else's culture can give you a finer appreciation of the world around you. It can also help you celebrate the differences between yourself and those who appreciate the world in a different way. Broadening your mind can also give you a greater sense of community, which then contributes to your overall happiness.

By venturing into Aboriginal culture, you can gain a greater appreciation for the areas of Australia you're yet to explore. If you do go on a tour, don't be afraid to ask questions so you can benefit more from it. For more information, contact a company such as Apporiginee Pty Ltd.